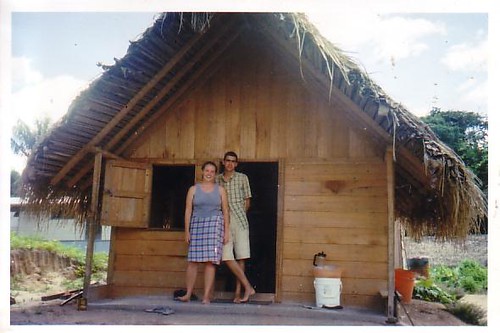 when we lived in the jungle, every month or so,we’d take a dug-out canoe down the Suriname River to the end of the road.  there we’d catch a ride in the back of a semi truck headed into the capital city of Paramaribo.  we would be looking forward to taking (cold) showers, picking up our mail, sending a few emails, and raiding the Peace Corps library.  this was a hodge podge collection of all the books other volunteers had brought to the jungle, read, and then donated to the common cause.  i’d fill up a 5 gallon bucket with books and head back up river.

i’ve always read books, but it wasn’t till we lived in Tutubuka that i started to keep a list.  for the last few years, i’ve kept track of my reading life over at goodreads.  this list is a bit more high tech, but it does the job!  if you happen to be there too, i’d love to see what’s been catching your eye.

…and we’ve also started down the delight-filled Alphabet Path.